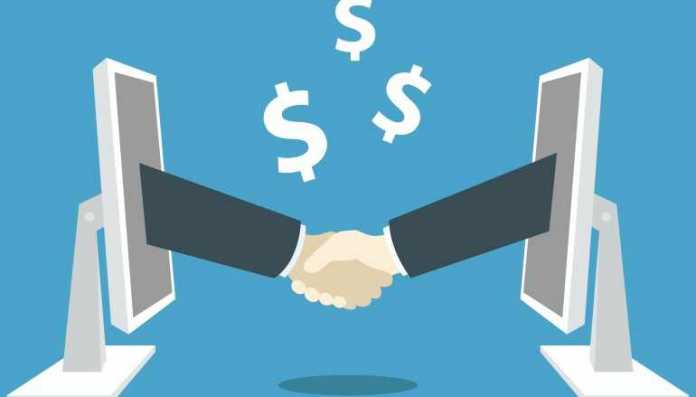 Bitcoin loans can offer an intriguing alternative to traditional banking systems. Although they’re definitely riskier than your typical brick-and-mortar banks, they can often provide you with a fair amount of money in a very short amount of time.

You need to know what you’re doing, but for a savvy investor, Bitcoin loans might be a wise move.

How Does Bitcoin Work?

Before we get into the details of all this, let’s first take a minute to review exactly what Bitcoin actually is.

Cryptocurrency basically works like any other kind of currency in use today, only instead of being backed by big, clunky financial institutions, the strength of your digital dollar is backed entirely by others’ willingness to believe that that dollar is real. If a whole bunch of people suddenly decide to sell their Bitcoin one day, the market is going to tank – which just might trigger more people to sell, causing the market to dip even more.

This is why it’s sometimes more accurate to think of cryptocurrency as more like a stock market than a traditional bank. It’s extremely volatile, and the value of Bitcoin fluctuates a whole lot from day to day.

The beauty of it, though, is how decentralized it all is. You don’t have to go through any official institution to get ahold of cryptocurrency. Every Bitcoin transaction is stored on these digital leger books called “blockchains,” which again, aren’t stored in any one place, but are instead just continuously updated on all computers tapping into the system.

The bank is gone from the picture. Everything rests on the shoulders of the people.

The Perks of P2P Financing

Person-to-person financing – that is, Bitcoin loans – takes the premise of Bitcoin to the next logical step. If cryptocurrency means that your money doesn’t have to go through a bank anymore, shouldn’t that also apply to loans?

P2P financing is efficient and wicked fast. While a typical bank loan takes at best 45 to 60 days to go through, Bitcoin loans typically go through in anywhere from two hours to seven days.

You don’t need any credit to apply for these loans, either. “Credit” is something you have with banks. Bitcoin loans mostly just look at your online presence, and they’re not nearly as stringent about who can borrow what as most banks are. You just outsource your loan to investors around the world. The rates are a whole lot lower than with traditional banks (typically between 1% and 5%), and all it took was putting your finances in the hands of strangers around the world!

How to Take Out a Bitcoin Loan

There are a lot of different ways you can take out a Bitcoin loan. The safest option is usually to go through established lenders like Bitbond, KIVA, or BTCPOP. Instead of looking at your credit, lenders on these sites are usually going to look at six different things to determine (a) whether you’re a real person, and (b) whether you’re somewhat reputable:

You’ll often also have to put up some collateral before you can get your loan. This is typically in the form of other cryptocurrency or something you own that they could easily resell online. It’s often best for you to build up trust within a community, since then others can vouch for your trustworthiness when you go around asking for money.

There are, unfortunately, a lot of challenges that also come with Bitcoin loans. Crazy, right – it’s just strangers lending out virtual money to strangers without viewing their credit scores. Who knew it could have downsides?

One of the biggest problems is if you decide to turn away from the official lenders mentioned earlier and just go straight to online forums. While it’s true these often have better rates (since you don’t have to go through a middleman), this is also often a great way to lose all of your money incredibly quickly. Don’t go onto those kinds of forums unless you seriously know what you’re doing.

And of course, there’s also the problem with how unstable these online marketplaces are. That’s just a difficulty in online currencies in general, but it’s even more apparent when you start thinking about loans.

Bitcoin loans offer something of a mixed bag, all in all. They’re steadily growing in prevalence, but it’s as yet unclear how far they’ll go or whether they’re even here to stay.