The price of oil is pretty important on the financial markets, and can have profound effects on whole economies, as well as being of interest to those involved with financial activities like CFD trading. In recent times, there has been a drive to try and stabilise oil prices by balancing supply and demand of oil related commodities. This is because we have experienced increased production in some oil producing countries such as the USA, and a decrease in domestic oil use by some major oil exporters in the Middle East who have begun to rely more on natural gas to meet their own energy needs. 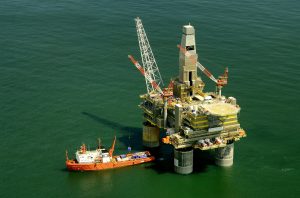 The combination of increased supply and decreased demand creates an environment for lower oil prices, and to counter this and encourage greater stability, many countries who are both OPEC members and non-OPEC agreed to limits on oil production. However, with the USA increasing production while still keeping within these limits, and a number of other factors, it seems that an extension is needed for the desired effects to be realised.

Almost all of the countries involved have agreed to this extension, on a formal basis, with the exception of Russia, which has taken a more ‘wait and see’ approach. While Russia was represented in the discussions that concluded that the extension to the restrictive measures was needed, they have not yet signed up to comply with the extension.

Russia the Key to Oil Prices

What this means, for those who are concerned with movements in oil price, is that Russia is now the key decider in whether prices go up or down. If Russia signs up to the extension, then supply and demand would be set to balance out from the supply glut that is still being experienced. This would cause production to be limited through to the end of 2017, and would see prices rise. Russia is one of several countries who have expressed that they would be able to quickly ramp up oil production if they needed to, however, so without agreeing to the extension they could cause supply to significantly outweigh demand and the surplus to grow, causing prices to fall.

How Much Could Russia’s Choice Cause Prices to Change?

Some experts estimate that oil prices could fall by as much as 20% if Russia doesn’t agree to join with the extension of the agreement to limit oil production. On the flipside, if they sign off on it, prices could rise by 30%. It is clear then, that there is a lot riding on what the Russian oil industry decides to do.

Russia has so far benefited from the price increases motivated by the OPEC and non-OPEC countries’ efforts to restrict the oil surplus, and stands to take a big hit if oil prices fall again. It has been estimated that the revenue of Russian oil companies would drop by a massive 50% in response to the kind of price drops that are forecasted if Russia doesn’t get on board with an extension.

It seems that Russia has the price of oil firmly in its own hands at the moment, and also that they would be one of the countries with a lot to lose economically speaking by refusing to stand with the other countries who have already agreed to the extension to production limits. While some may point to the increased production by US shale companies as the driving force in oil price fluctuations, it will ultimately be this deal extension that decides the direction of oil prices for the next part of 2017.

Buy Real Media Review – Is It Safe or Not?

5 Reasons Why Bitcoin Is the Future of Online Casinos

Immediate Edge vs. Kraken: The Comparison You Were Looking For

5 Tried-and-Tested Tricks to Grow Your Business