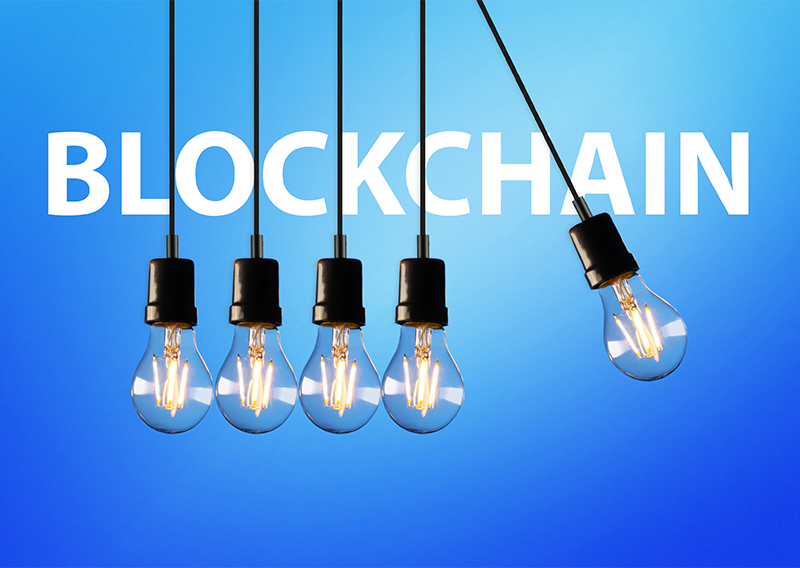 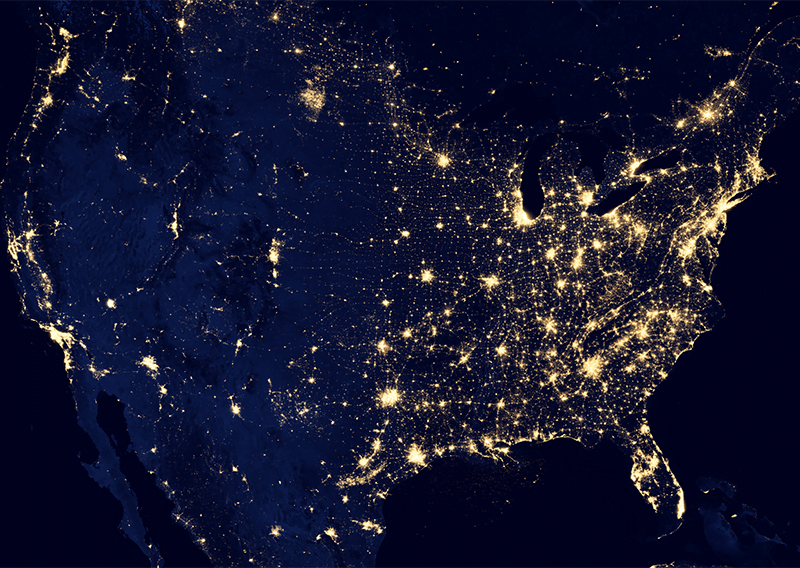 In the last five years, the energy sector has been shaken by many “disruptive” technologies: distributed renewable energy, smart grids, energy storage, and fuel cells.

Which one is the right one to pay attention to? Which one will truly cause the most disruption?

It seems the answer may very well be blockchain technology. Blockchain has hundreds of use cases and has the potential to disrupt the energy sector among many others.

If you’re very new to blockchain technology and looking to know more about it, I suggest you read this ultimate guide by Cryptomaniaks.

Microgrids are aptly named. Unlike a typical power grid where electricity is distributed from a central authority to thousands on thousands of customers — a microgrid can be as small as one home, powered by solar panels, distributing and selling its oversupply of energy to other homes in the area. 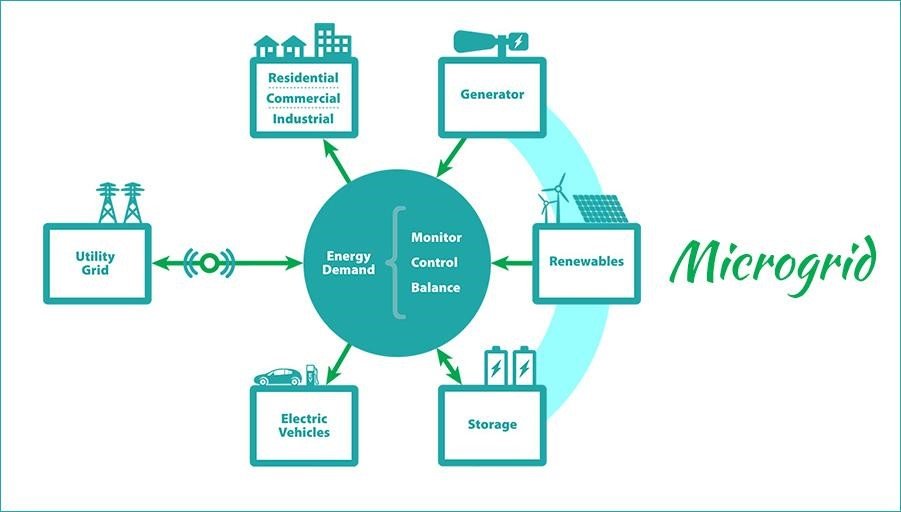 One of the most obvious differences with regular power grids is pointed out in an article from Hackernoon: “This interconnectedness means that when part of the grid needs to be repaired, everyone is affected.”

By contrast, the author points out that “a microgrid can disconnect from the traditional grid and operate autonomously.”

A community may choose to use a microgrid for myriad reasons:

Blockchain will empower these individual consumers and producers.

Each household that can generate and store electricity can use “smart contracts.”

Smart contracts, to put it simply, are made to digitally facilitate, verify, or enforce the negotiation or performance of a contract. You don’t need a third party, digital or otherwise, to perform credible transactions — all you need is a smart contract.

These smart contracts are automated. In the energy world, they can connect, disconnect, reroute electricity, and make peer-to-peer transactions with other households a real possibility.

Using microgrids and smart contracts, these households will become “prosumers.

How can these prosumers make sure that they are buying, selling, and trading energy at fair market rates? Through peer to peer (P2P) energy trading.

The rise in photovoltaic (PV) solar panels in the last 50 years combined with solar energy costs becoming cheaper in the past 10 years has opened the way for everyday consumers to become energy producers themselves. 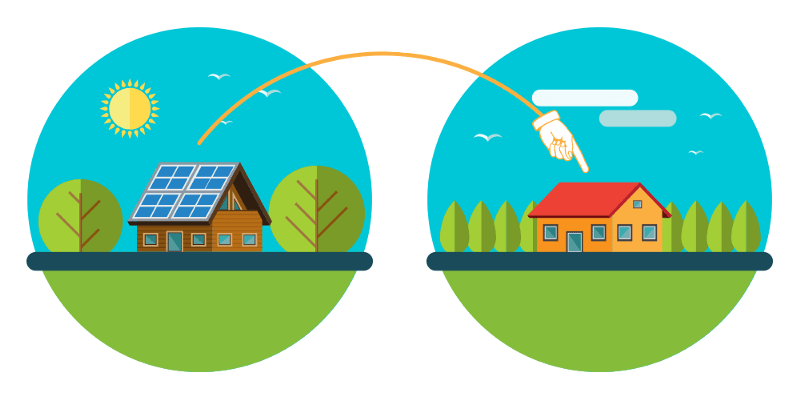 With blockchain, we once again see the power of smart contracts. Specially built smart contracts running on a blockchain “can provide a secure, transparent and decentralized ledger of all energy production, consumption data, and transactions thereof.”

These specific smart contracts will not only be able to track, distribute, and adjust energy consumption — while recording all the data onto a transparent, secure ledger. They will also provide an automated marketplace where these prosumers can bid amongst each other to purchase renewable energy.

Let’s examine a real-world use case.

Brooklyn MicroGrid is a blockchain-based P2P energy trading platform run by Transactive Grid in Brooklyn, New York. This setup is a collaboration of LO3 Energy, Consensys, Siemens and Centrica.

A Sciencedirect article sums it up nicely by stating that “prosumers can sell their energy surplus directly to their neighbors by use of Ethereum-based smart contracts and PBFT consensus, implemented by Tendermint. The first trial included 5 prosumers and 5 neighboring consumers and resulted in the first ever energy transaction recorded in blockchains worldwide.” A small but resounding success.

This microgrid is run on Ethereum, not only for smart contracts but also for payment. Residents use the Ethereum blockchain to run their power as well as to pay for it.

Tesla may be the biggest name in electric vehicle’s, but it’s certainly not the only one.

Nearly every automaker on the planet, from Chevy to Nissan to Toyota and back again, is building EVs.

Bloomberg New Energy Finance posted a forecast in its Electric Vehicle Outlook 2018. They estimated global EV sales to surge from 1.1 million in 2017 to 11 million by 2025. That’s a gigantic increase. Moreover, by 2040, more than half of new car sales and fully one-third of the global fleet will be electric. 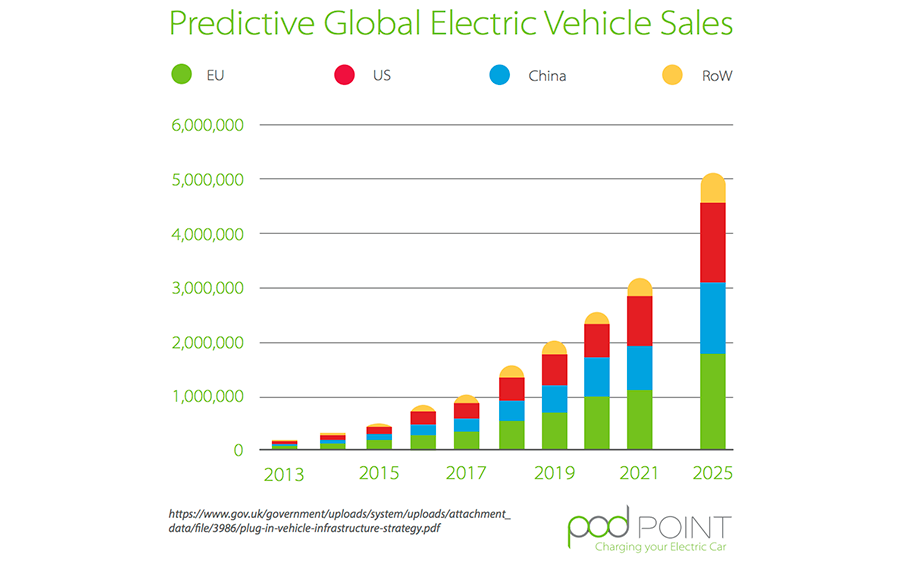 Those figures show one thing: an entirely new class of customers previously locked to the petroleum/gas industry.

But how will this growth affect utilities and grid operators? After all, this new class is both a new source of demand and electricity sales and a major challenge. How will companies handle millions of EVs simultaneously plugging into 100+ kW high-capacity charges? Will they overload the power grid? Or worse — will they face a “fuel shortage” like the ones that used to hit gas cars?

During my travels around the world — 1 year on 1 Bitcoin — I encountered a handful of innovators working to address these issues.

I recently found a webinar by two such innovators with the title ”Blockchain for EV charging: How data platforms make it happen.”
They pointed out that the blockchain will take the burden off the utility companies. Blockchain, especially smart contracts related to payments for prosumers, will create “a win-win scenario where economic incentives are aligned.”

Here is what this means:

Blockchain will disrupt the energy sector by allowing individuals on microgrids to offer their electricity not only to other homeowners — but also to passing motorists.

Think of it like “AirBnB for gas stations.” EV owners can get on their smartphones and find a ‘gas station’ that is located simply in someone’s driveway — or at the curb of a housing subdivision running its own microgrid — and charge up! Now that’s disruption.

Microgrids are all well and good, but what about typical large grids? Turning these into “smart grids” is in the realm of possibility for blockchain technology.

The vision of Smart Grids is to enable and manage smart appliances, ventilation and air conditioning (HVAC) units, automated control of heating, and the EV’s previously mentioned.

The smart grid is a grid allowing interconnected smart devices to coordinate and react to price, renewable availability or grid stability signals. These smart grids would adjust accordingly, fluctuating their power consumption according to price and other factors.

Such smart grids are superior to traditional centralized approaches because, when it comes to managing many smart devices, traditional approaches become inefficient when scaled to large numbers of devices that produce high volumes of data at high frequency.

Blockchain applications would come to the rescue. Blockchain would enable IoT (internet of things) platforms to have interoperability in IoT applications. Blockchains, by their very nature, would provide a solution to control and manage increasingly decentralized complex energy systems.

An article from Sciencedirect tells us that “a survey of the German Energy Agency on the views of energy decision-makers shows that near 20% believe that blockchain technology is a game-changer for energy suppliers.”

70 executives working in the energy sector participated in this survey. They were from utility companies, energy suppliers, network operators, generators, and aggregators. Even more telling, the majority of these energy executives said they have already undertaken initiatives for blockchain innovation.

The article goes on: “according to senior consultancy and commercial reports by Deloitte and PWC, blockchains have the potential of radically disrupting energy-related products and commodities.”

The most significant disruptions in any sector happen when the price of things is affected. Well, I have news: Blockchain technology will disrupt the energy sector through price too.

At the moment, for the majority of people, electricity rates are set by centralized utility companies. But with blockchain technology, rates will no longer be fixed by these centralized authorities. Only the market (supply and demand) will determine the price. 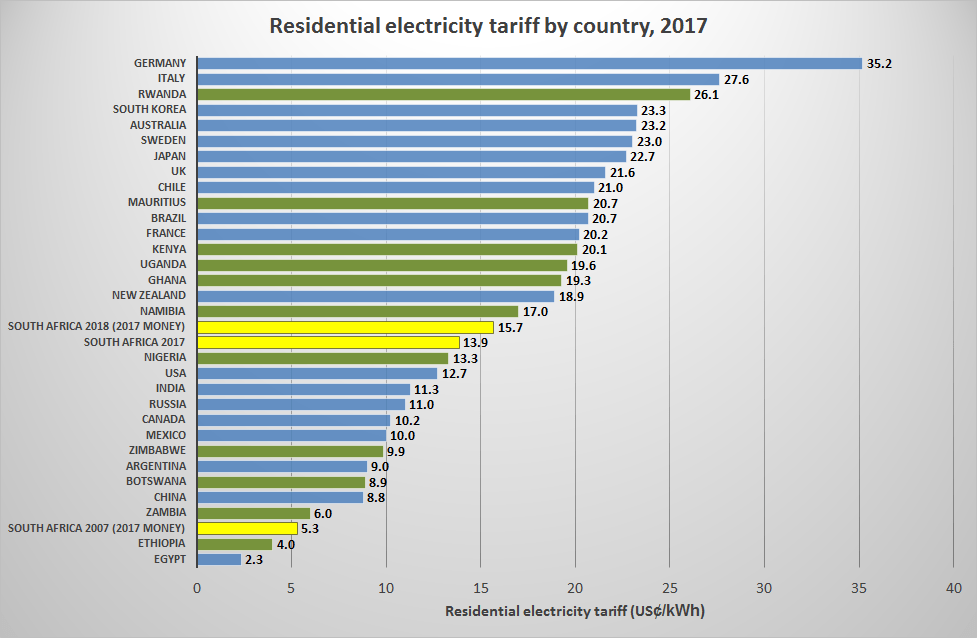 The same article in Sciencedirect points out that “electricity tariffs will begin to behave like tradable commodities that respond to demand and supply signals in a fully functioning distributed electricity market.”

Such a distributed market model will empower prosumers and any other consumer to select their electricity from an array of choices. Consumers will be able to get on their phones and scroll through listings of all sorts.

We will soon consume electricity in a whole new way

Blockchain solutions will enable smart charging arrangements and sharing of resources in ways that will open our economy in new ways.

Explaining the Math Behind Online Slots