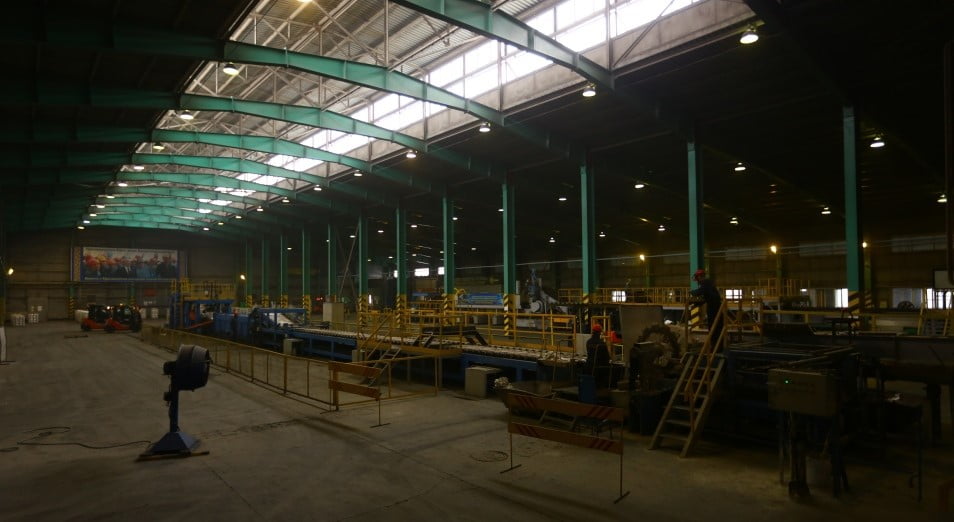 In modern society, robotisation continues to attract scepticism, mistrust and misconceptions. The truth is that, through the use of robots, manufacturers can automate processes, revolutionising the way the business operates. Robotisation technologies can integrate production processes, freeing employees from routine operations, allowing them to spend more time on creative, strategic, intellectual endeavours.

A representative from Eurasian Resources Group (ERG) recently spoke with reporters from inbusiness.kz, explaining the objectives of the company’s Robotisation Department in creating and using robots, and integrating artificial intelligence into manufacturing processes. It is important to understand that ERG is not merely using robots as part of its production lines; it is integrating programs that are able to perform certain production tasks according to a given algorithm.

To gauge the viability of robotising and automating a task, ERG’s specialist panel of developers conduct a thorough analysis. ERG’s developers evaluate whether a new technical assignment is necessary to develop new IT products, or whether it is more efficient to implement the concept through an IT service rather than creating a robot from scratch. Where developers conclude that the operation can be automated, they produce demo versions and prototype robots over the ensuing two weeks to demonstrate its functionality.

ERG’s Robotisation Department is currently working on several key developments. One area where robots show great potential is in performing routine processes like reporting, where robotisation could be used to ease the burden on employees, freeing up valuable time to devote to more complex undertakings.

Robotisation of reporting means that management can set parameters to hone in on fine details, in whatever format they require, effectively eliminating human error margins. This ensures that management has all the relevant information required to make important strategic decisions.

In addition, robotisation enables business units to automate routine tasks. Amongst the company’s global plans, ERG is looking to consolidate its IT developers in one place, establishing an environment where its robotics specialists can share ideas and approaches, developing new and improved technologies to facilitate robotisation and automation.

ERG has already robotised multiple systems, including anti-freezing freight protection reporting processes, which are on the main page of the company’s web portal. Automation has reduced the need for manual data entry, and the time spent searching for the necessary sources on the Internet. Additionally, automation has eliminated the risk of erroneous inputs, while ensuring that copying data from the corporate resource is excluded.

As a company spokesperson explained, robotisation of these processes allows the collection of data on precipitation and temperature from six sites for a given period, filtering entries by departure and arrival points within regions of freight transportation, factoring in the average value for each site.

ERG is also looking at other robotised solutions to improve corporate processes at the Aksu Ferroalloy Plant in particular, to assess furnace downtime and production reports.

Previously, of the preparation of these production reports, data was gathered and entered manually, and the employee devoted up to 3 hours per day collecting, processing and entering the data form the IT resource into an Excel spreadsheet: an incredibly time-consuming and laborious task. Due to the specifics of production, the data had to be updated weekly, as indicators were periodically added to IT resources by the enterprises.

As a result of robotisation, this protracted endeavour has been reduced to an automated process of just 5 to 10 minutes, and manual input of information on production and downtime was completely excluded. Automation has significantly reduced production downtime. This made it possible to attract an employee, who had previously spent a significant part of his or her working time on these operations, to other work.

Moreover, robotisation has changed the way management is notified about furnace downtime at the Aksu Ferroalloy Plant.

Robotisation has eliminated the need for manual entry into the messenger system. An automated system now notifies owners of emergency furnace downtime, as well as downtime beyond the standard around the clock through a chat-bot system. As a company representative points out, this has completely freed employees from routine data entry and monitoring equipment stops.