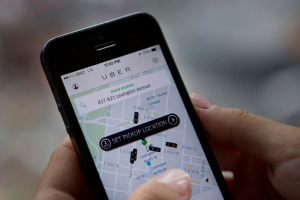 Uber was founded in 2009 by entrepreneur Travis Kalanick. Uber was developed with a brilliant idea when Travis became frustrated with the tremendous traffic volume and excruciatingly long commutes in San Francisco. Ridesharing was quickly adopted by the public and before long, the word of mouth had spread and everyone was catching an Uber to their next event.

Uber has seen its fair share of challenges on its way to its potential $68 billion valuation. Initial challenges with controlling the behavior of both the drivers and the passengers gave rise to viral videos of serious offenses committed by both parties. Recent challenges to Kalanick’s leadership have led to him resigning as CEO of the company and things may look uncertain for investors in Uber.

While the future may be uncertain, Uber does offer a great case study of a startup that persisted with its business model and achieved success. Uber still dominates the ridesharing market, even with the rise of competitors such as Lyft. Let’s look at what Uber as has done right on it’s way to revolutionizing the transport industry.

#1 The Art of Problem Solving

Uber was developed out of a need for a service. The taxicab crisis in San Francisco inspired Kalanick and his team to create the first ridesharing service. Finding opportunity in problems is the hallmark of any good idea and the mettle of any dedicated entrepreneur. Kalanick identified a problem in the market that had a huge potential for reward if solved.

Almost eight years after it’s inception, Uber continues to be a valid business model that continues to grow in every market all across the world where it currently operates. Uber is an example of a technology company that linked two important everyday functions and items, cab-hailing and mobile devices. Together they formed the backbone of the ridesharing idea that stormed the world.

Uber was the founder of the ridesharing concept and first to market with the idea. This has enabled them to hold onto market share even with the introduction of other market competitors such as Lyft. Uber has been through its own share of trials and tribulations with its users and drivers. Fortunately, its dominance of the ride sharing space has let it deal with these problems as they arise, without them significantly impacting their market share.

Uber has benefited from strong growth in every market and every demographic all over the globe. They continue to innovate and lead the ridesharing industry, offering new products such as the premier car service ‘Uber Black’.

In the early days of Uber, when cash flow was tight, before the $68 billion dollar valuation that came from 15 rounds of investment totaling $12 billion, Uber was just a small office in Silicon Valley. These humble beginnings allowed Uber to benefit from low overheads that normally consume most of a startup’s cash flow. Uber managed to survive its infancy and development stages, simply because overheads were low.

Tech startups can be done from the back of a garage with minimal expense. The main cost of setting up Uber came in the form of the time dedicated to the project by Kalanick and his team. 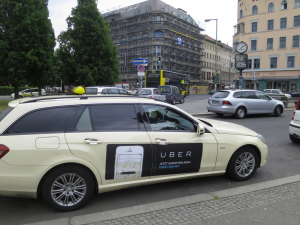 #4 Make Employees Come to You

Uber was ingenious with their employee marketing. They offered drivers the ability to start their own business, working full-time or part-time to generate extra income. When it was first launched, before Uber instituted driver expectations and standards, anyone with a car and a cellphone could register as an Uber Driver.

While some standards have changed, registering for Uber is still just as simple, with a full compliment of support from their support staff available to their drivers and clients, dealing with issues such as Uber deactivated my account, assisting drivers in obtaining new car leases to start their Uber business.

The final advantage that enabled Uber to dominate the ridesharing space, even in the face of stern competition, is its ability to adapt to a changing environment. Uber management realized that controlling global operations from a centralized point would be next to impossible. Therefore, they decided to decentralize the management strategy, giving local affiliates the freedom to operate as they fit, as long as it is within the Uber guidelines.

This freedom awarded to affiliates allowed the Uber model to be rapidly scaled and it was not long before the model swept into the east coast of the United States from the West. Soon the model moved across the Atlantic, to be adopted all across Europe, Africa, and Asia. Today, Uber is the world’s number one ridesharing app because of its ability to move across markets and penetrate them easily.

Uber got a lot right on their way to becoming the dominant player in the ridesharing industry. It is clear that they need a management change and with the stepping down of Kalanick, perhaps the company will be able to once again adapt into the future. Wherever the company goes in the future will still not change the fact, that it makes for an exceptional case study of a startup that revolutionized the transportation industry.(1)

Explaining the Math Behind Online Slots