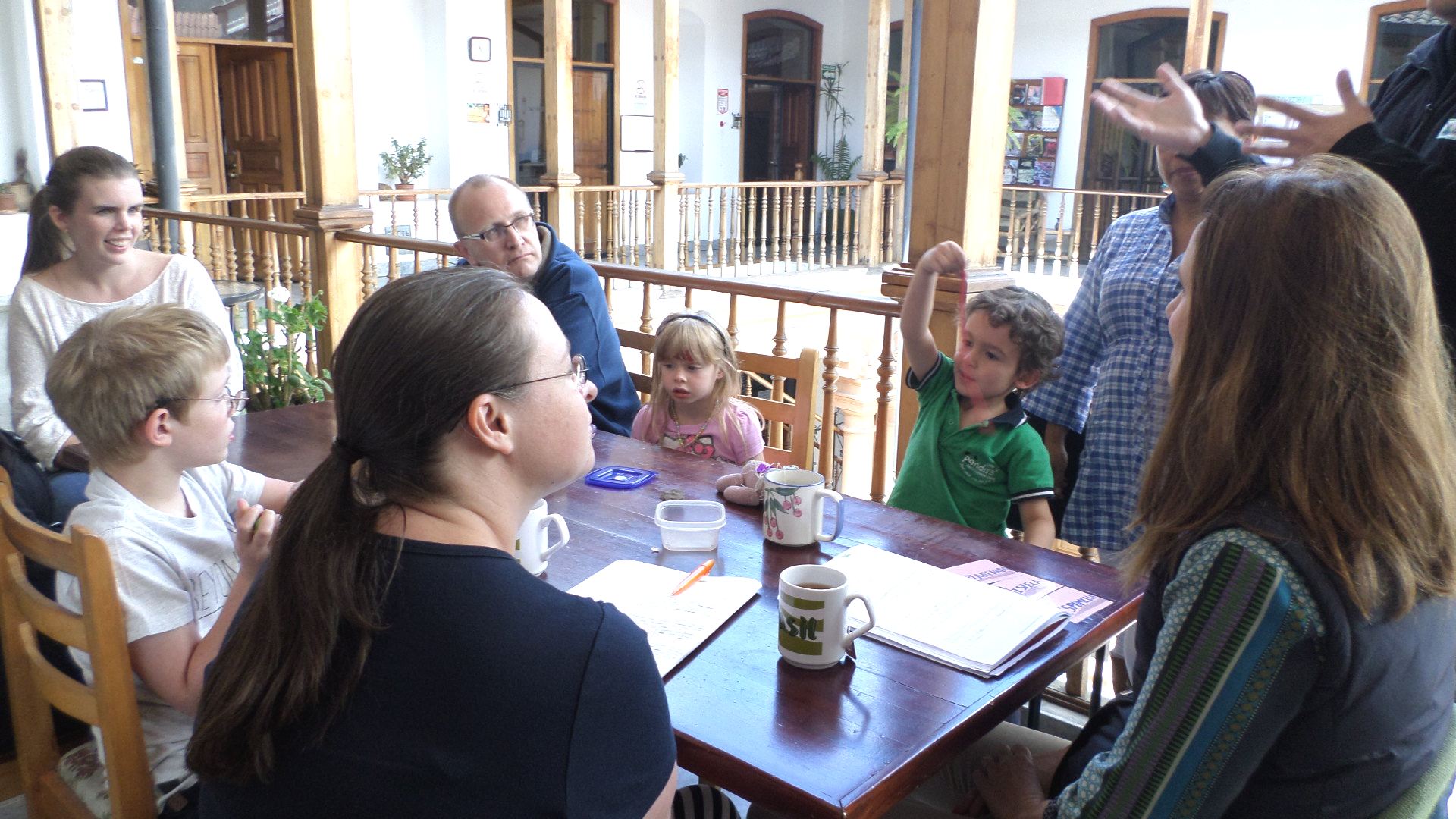 A family of 4 from the United States travels to Quito in Ecuador in the summer to spend a month learning Spanish and exploring the capital city and its surroundings. The children are 6 and 9 years old and have been exposed to some Spanish through their elementary school studies. The parents learned some Spanish many years ago in high school and university but have forgotten most of it. So they decided to spend a month re-learning as a family. Such educational vacations are becoming more popular as they combine regular tourism with the chance to learn and explore the language, history and culture of the visited country.

With the continued growth of the Spanish-speaking population, particularly in North America, it is becoming more important for people in a wide range of situations and professions to know at least some Spanish. While many people learn some Spanish in school, most never go on to use it or develop any further. As the owner of Yanapuma Spanish School in Quito, Ecuador, one of the most frequent comments from new students is that they have taken “X” number of years of Spanish in high school or university, but they cannot say anything!

So many students arrive at our school in Quito with a collection of Spanish grammar facts in a box somewhere in their brain. Our job is to dust them all off and help the student to connect what they know to the ability to communicate in Spanish at whatever level they are at. This is a very different process from the way Spanish is generally taught in institutions where there is no particular hurry or drive to gain fluency, just a steady drip-drip of information on the grammar.

By contrast, Yanapuma Spanish School has adopted the “Communicative Language Teaching” method (CLT for short). This methodology takes as the fundamental purpose of learning any language the desire and need to communicate. Thus, communication skills are developed from the very start in listening, speaking, reading and writing, with the grammar added as a support for these activities. Thus our students quickly lose any fear of not being able to communicate and are able to make themselves understood at whatever level they are at. Of course, as they progress their communication skills get better and better and their Spanish becomes more accurate and comprehensible. At the same time their joy and satisfaction at being able to understand and be understood increases significantly.

One of the greatest advantages of traveling to any Spanish-speaking country like Ecuador is the immersion in the culture of which speaking Spanish forms an important part. To be on the streets of Quito, in the stores, visiting museums and churches, to take in the history and culture of Quito in the context of its spoken language is a valuable and memorable experience. The process of grounding the language in the culture and history is an important part of making the language relevant through association with its roots. As an added immersion factor, students can stay with a local host family, eating two meals each day with the family and learning about the culture of Quito from a unique perspective.

At the end of their month in Quito our family returns to the United States with greatly increased Spanish language skills and a new perspective on its place in latin culture.