Talking to journalists, Bulat Utemuratov repeatedly emphasised that the purpose of his philanthropic activities is comprehensive, system, fundamental changes in various sectors of life in Kazakhstan. A charity, which he founded, initiated the launch of long-term projects to help children with autism spectrum disorders and with infantile cerebral palsy. Utemuratov supports large-scale cultural events, cooperates with philanthropists and public organisations. Thus it was not a surprise that at a certain moment he drew his focus toward the education sector. To raise skilled professionals at home and help talented youth to open their potential, Bulat Utemuratov knuckled down to re-organisation of the Narxoz University and took part in setting up the British Haileybury schools. 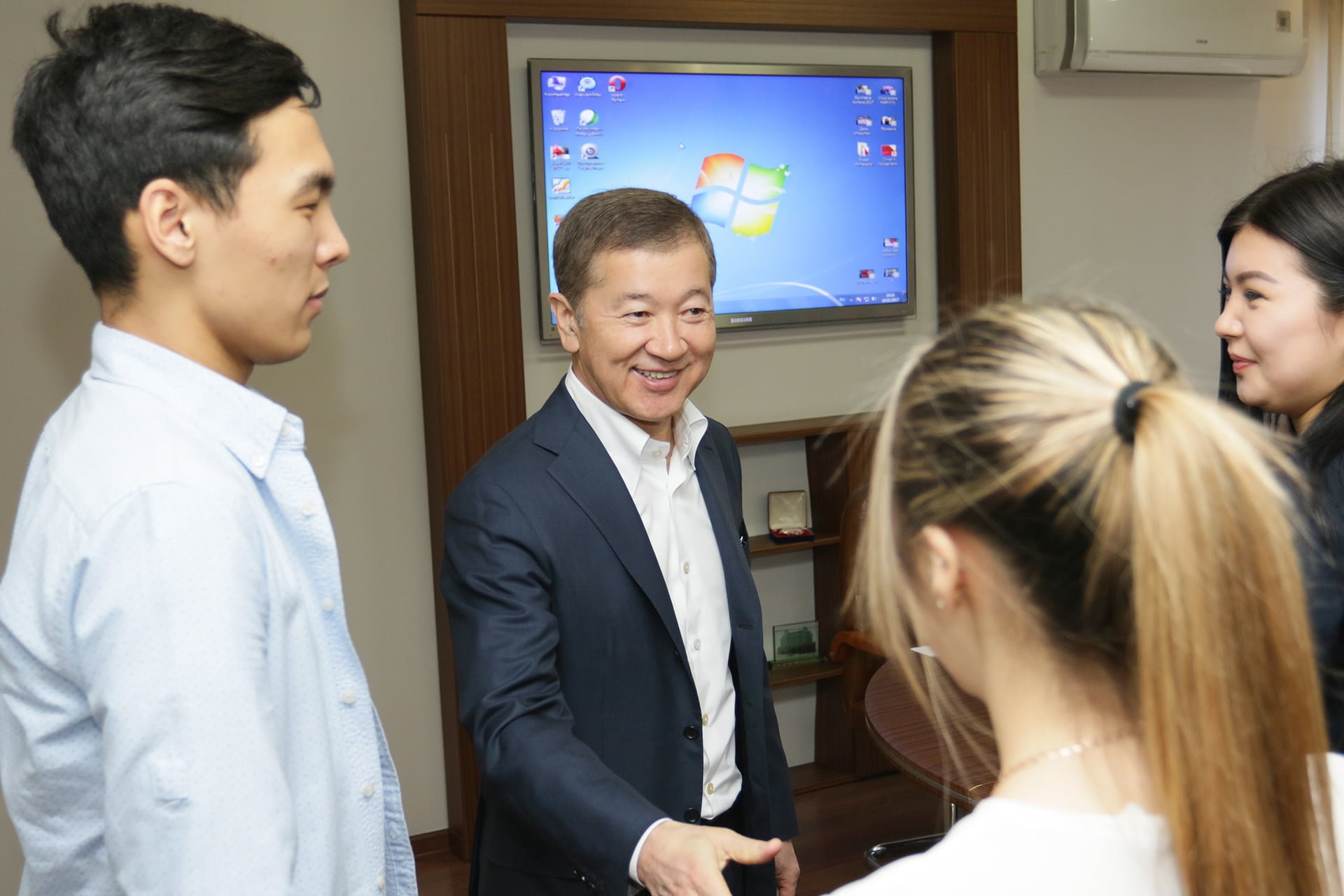 Both projects are designed for a continuous, hard work, because the actual outcome of the current efforts could be seen only in several generations time. However, this does not pull Utemuratov back. He compared his educational initiatives with a marathon and said he was ready to stay the distance as long as suffices.

Where are reformers trained?

Bulat Utemuratov was born in Atyrau; having finished secondary school in Kzylorda the diplomat to-be went to win the capital. He entered the Department of Economics at the Almaty Institute of National Economy. Having successfully defended his graduation thesis, Utemuratov was hired as a lecturer at the academic chair. Just a year later he started building his non-university career.

However, the twist of fortune brought Bulat Utemuratov to his alma mater again. In 2006 the Verny Capital group of companies, where Bulat Utemuratov is the key shareholder, acquired 35% of the Almaty Institute of National Economy which then was called the Kazakh University of Economics named after Turar Ryskulov. This was the start of the most large-scaled reformation of a private higher education institution in Kazakhstan. The share of Verny Capital has grown up to 100% by 2011, and planned changes are just gaining more momentum.

The team led by Bulat Utemuratov came to the Turar Ryskulov University of Economics in its not best years. This educational institution was in desperate need of fresh ideas and full-scale financing. Lecture halls needed overhaul repairs, lecturers – upgrade qualifications, students – motivation.

It was Utemuratov’s business hardening that helped him to cope with such a range of challenges. A comprehensive approach to task solving and understanding of the importance of forming the vertical power structure did their part. In the first instance, the philanthropist launched a programme designed for improving the corporate management of the University. The University financial flows were checked, systemised and aligned. That was extremely important as the previous managers of the University were regularly found in the focus of corruption scandals. 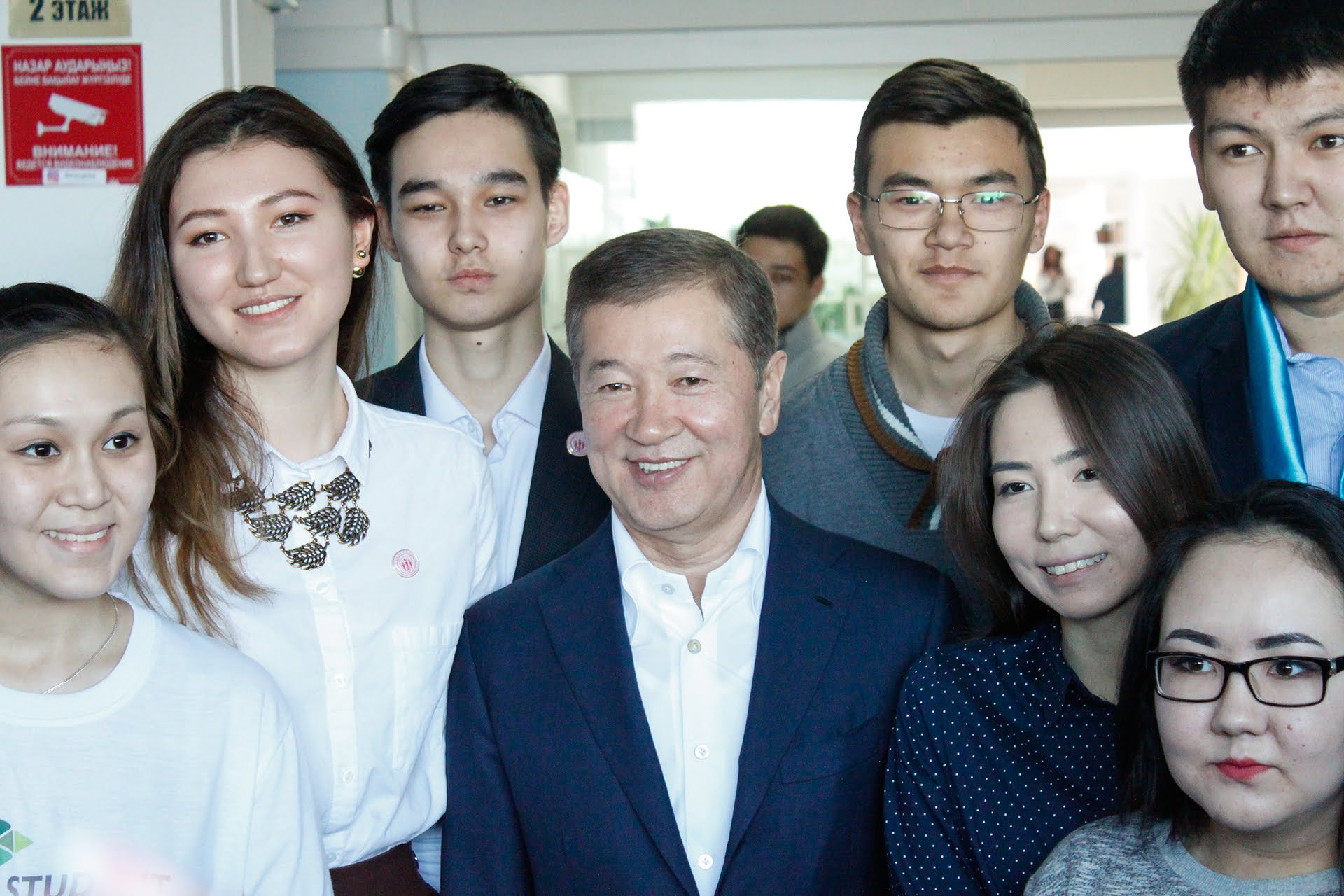 The second major step was stock-taking and repair works. Obsolete equipment was replaced with the ultramodern one. The stadium, classrooms, residence hall and canteens were renovated, and a swimming pool was built. Technical fit-out of the University was brought into compliance with the international standards. In 2008 the University signed the Magna Carta Universitatum that launched a new round in the development of this educational institution. To attract new students, a new interactive website was developed and social media accounts were opened. It became much easier to get information on admission and to ask questions of concern.

Then the turn to change the faculty members came. In December 2014 the new rector of the Turar Ryskulov University of Economics, Krzysztof Rybinski, was introduced to the public. Back home Rybinski gained a reputation of a responsible and active professional and came to Kazakhstan to turn the University into the best one in all of Central Asia. In 2016 the New Turar Ryskulov University of Economics was renamed as the Narxoz University. The purpose of this re-branding was to reinforce the combination of words “Narxoz University” as a new brand to be recognized at the international stage.

In 2018, Harvard-educated American Andrew Wachtel, head of the Association of American International Colleges and Universities, was invited to lead the University. The new rector actively introduces international educational standards, builds a democratic model of teaching and is focused on the new cycle of development, including modernisation of academic buildings and creation of a modern educational ecosystem.

Despite the fact that the University is private and is not obliged to allocate scholarships and state-funded places, Bulat Utemuratov supports talented students. Personal scholarship “Future Business Leaders” annually covers tuition and participation of 5 students in the Summer School taking place in Europe and the United States. Besides, students get an individual programme of studies which includes the in-depth study of some subjects and a great deal of practical works.

In addition, the Verny Capital group of companies and ForteBank grant 100 scholarships to the bachelor’s programme applicants. The most knowledgeable and proactive young people who cannot pay for their education are selected out of the total flow. The purpose of these two scholarship schemes is to raise a new generation of high-level professionals who will become leaders of the biggest companies of Kazakhstan.

Education in the Narxoz University is not limited by lectures only. The University is also home for the International Business School (IBS) and the business incubator. These platforms are a base for the development of innovation business projects, various research and training of new MBA cadre.

Over 40 mln dollars have been invested in the Narxoz University for the whole period of the new shareholder team activities. Bulat Utemuratov says he is going to move beyond.

It all starts on the school bench

Bulat Utemuratov applies the principle of a comprehensive approach in everything he deals with. That is why in 2008, backed by the business circles, Bulat Utemuratov founded the Haileybury Almaty international British school. There is no quality higher education without a good primary base. Haileybury Almaty is a partner project under the auspices of the reputable educational institution, Haileybury and Imperial College, set up 150 years ago in the UK. The school is held in respect globally and chooses country partners for cooperation thoroughly.

Currently there are two schools operating – Haileybury Almaty and Haileybury Astana. Education there is not free, but all proceeds are spent for the development of the schools, renewal and upgrade of facilities and resources, salary of teachers. Teaching is arranged according to the 5-stage programme accepted in the UK. Children come to school at 4 and finish it at 18. Teaching programmes are adjusted to the facts of life in modern Kazakhstan but are kept to high European standards. The language of instruction is English.

The great majority of qualified teachers are native English speakers. The best local teachers are invited to teach history of Kazakhstan and the Kazakh language. Each school employs 60 specialists.

The school’s logistics are at the highest level. Classrooms are equipped with comfortable furniture and digital devices. There is a swimming pool, a recording studio, a gym and a sports hall. Pupils are given full sets of tools for fine arts lessons: easels, clay, paints, and musical instruments.

Support of the talented young generation is one of the principles of social projects funded by Bulat Utemuratov. Gifted children, who have no opportunity to study at the Haileybury School on a contractual basis, can get a scholarship. They need to pass a number of tests for this. Currently there are about 1,200 pupils studying in the British-Kazakh school classrooms.

Haileybury Astana hosted a presentation of the Centre of International Bachelor’s Diploma Programme (IDBP) which will allow its graduates entering the best world educational institutions. The IDBP scheme is recognised in Harvard, Princeton, Cambridge, Yale and in 2,000 more universities.

Bulat Utemuratov continues working in the educational sector. A lot of fascinating projects are ahead with a view of taking the Kazakhstani education to the global scale.